What is Chain of Custody? 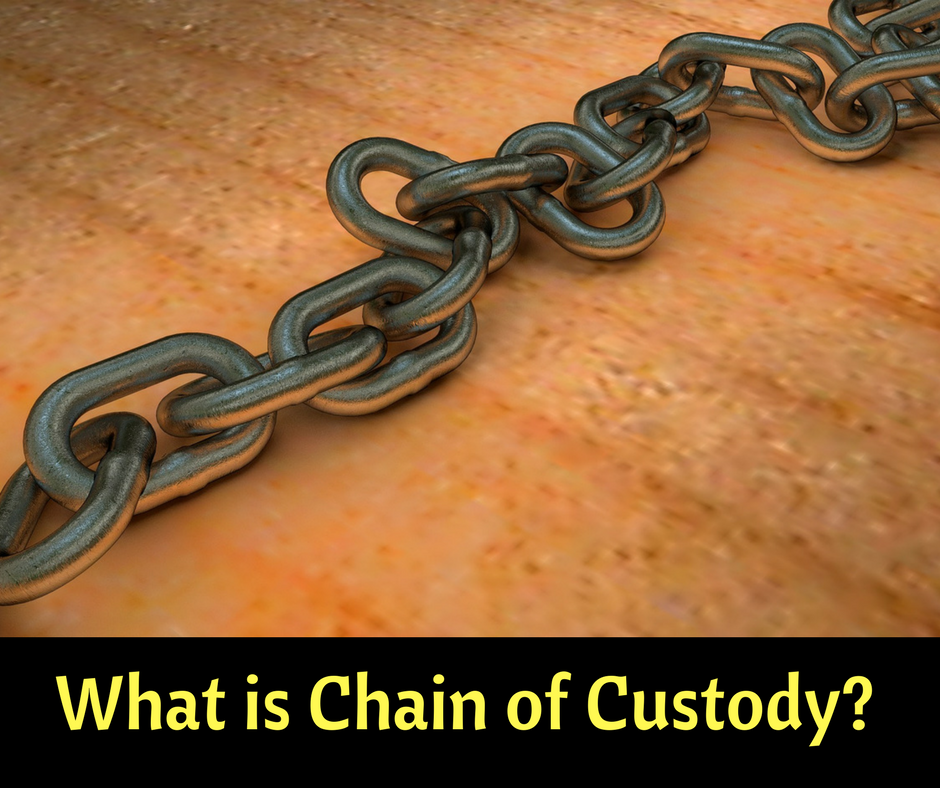 Chain of custody accounts for everyone who had posession of an item of real evidence from the time it came into police custody until it has been introduced in court.

So what s real evidence?

Anything that can be perceived by the five senses is considered real evidence. All types of real evidence has two (2) things in common:

the item/items must be marked and formally introduced as evidence

But what is chain of custody so important?

Compromising the chain of custody or having that chain come into question or doubt, can lead to a domino effect touching upon not only the evidence itself, but the judicial process too.

A great example of this doubt came about when reviewing what Det. Philip Vannatter did with a vital piece of evidence during the homicide investigation of Nicole Brown and Ronald Goldman:

Another criticism during the trial dealt with a vial of blood taken from Simpson. Police Detective Philip Vannatter drew Simpson's blood at the LAPD on June 13, the day after the killings. But instead of booking it into evidence, Vannatter put the blood vial in his pocket and went to Simpson's home where criminalists were collecting evidence.

Jurors questioned why he would have carried it around for hours rather than booking it and the defense argued it may have been used to plant evidence such as blood drops on Simpson's front walkway.

That would never happen today, Hudson said. Officers still get sidetracked following a suspect or victim to a hospital, for example, before returning to the scene, but today they wouldn't be allowed to re-enter a crime scene with evidence.

Here's a great walk through of a chain of custody scenario involving a electronic device (laptop).