The Ethical Part of Your Forensic Career 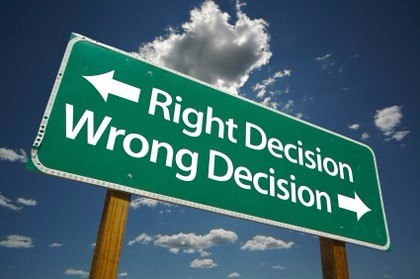 Been posting lots of stories of forensic experts screwing up their careers. From lies to stealing, these gone wrong professionals not only risked (and ruined) their careers--the same career you are itching to have--but have called into question each and every case one of these gone wrong professional worked. I mean it's easy to see that if you're a lying, stealing, cheating, let's cover this stuff up type of forensic professional, it goes to say your work (forensic analysis) and your word (expert testimony) can't be trusted.

Let's take a look at a few of my 'favorites":

Fred Zain. Mr. Zain was a forensic expert working at the West Virginia State Police. His reputation was so well known and respected, many didn't question his testimony and in fact, many prosecutors sought him out as a forensic expert because of the many times Mr. Zain's testimony had help put 'the bad guys away'. It it because of his success, Mr. Zain was able to accept a position as Chief of Physical Evidence for Bexar County, Texas. Yes, he was quite a guy and a liar.

So, what brought his lies to the surface? A guy named Glen Woodall. Because of Mr. Zain's testimony, Glen Woodall was convicted in 1987 of sexual assault and multiple felonies and sentenced to 203 to 335 years. OUCH! Well guess what? Upon review, DNA evidence was tested and the results excluded Mr. Woodall!

Kristin Rossum. She was a toxicologist for the San Diego Medical Examiner. Born and raised in Southern California (actually near me in Claremont, CA and perhaps this is why I took an interest), she was raised in a very upscale neighborhood and her family 'had money'. She met and married Greg deVillers and soon found work in San Diego. She also started an affair with her boss Dr. Michael Robertson.

On November 6, 2000, Greg was rushed to the hospital and was pronounced dead. First ruled a suicide, it was later discovered large amounts of fentanyl and GHB (date rape drug) were in Greg's system. Autopsy report was later changed to homicide.

As in most of these cases, secrets are revealed (she was a meth addict) and the truth comes out (about her affair).

So what am I getting at?

Be proud of your honesty and stand up for the truth.

You'll find you are not alone.