This month's blog post comes from my very good friend, Michael W. Streed, better known as The SketchCop. If you're not familiar with him, take a peek at his website SketchCop.com to view his expertise in a specialized niche and what services his company provides to law enforcement agencies and other public entities.

I'm honored to repost his latest newsletter below.

Happy Fall everyone. I hope you’re all well. This month I’m happy to share some news about the identification of a San Diego, CA homicide victim whose identity was unknown for approximately 20 years.

As a forensic artist, I’m frequently called upon to help homicide investigators reconstruct the face of an unidentified person from their skeletal remains or a disfigured face caused by severe trauma.

The goal is to make their face media ready so that law enforcement can distribute the images in the hope that someone will recognize the person and step forward with their name.

Such was the case in January of 2000. Patrol Officers from the San Diego, CA Police Department were called to investigate a burning body in a local parking lot. Once the fire was extinguished officers discovered the body of an adult female whose hands had been cut off.

Investigators were tasked with trying to identify her through conventional methods. At that time they typically consisted of:

When those methods failed, investigators contacted me to request that I restore her face to how it might have appeared in life.

Using the skull and photos of her burned face and head I went about the task of reviewing the anthropology, odontology, pathology, and assorted police reports. Once I determined her age, race, sex, and approximate physical build, I began to cut and attach tissue depth markers at recognized bony landmarks. This can be an arduous task that involves cutting down over two-dozen markers in varying millimeter lengths from a rubber stick eraser. Once the glue was dry I photographed the skull in the Frankfort Horizontal and got to work.

The photograph was processed on a one-to-one scale so the rest of the measurements required to set the position of her eyes determine the width and form of her nose and the width of her mouth, and the thickness of her lips would be accurate.

From there I began sketching the lines and shadows that would eventually depict a young adult female Caucasian with blonde flowing hair combed back off her forehead. Detectives widely circulated my sketch in the media but unfortunately, it did not result in her identification.

Cases like these can be frustrating for detectives. Somebody was surely missing her yet somehow the connection was never made. Worse yet was knowing her killer was still out there eluding justice. Detectives stuck with the case though while they waited for a breakthrough 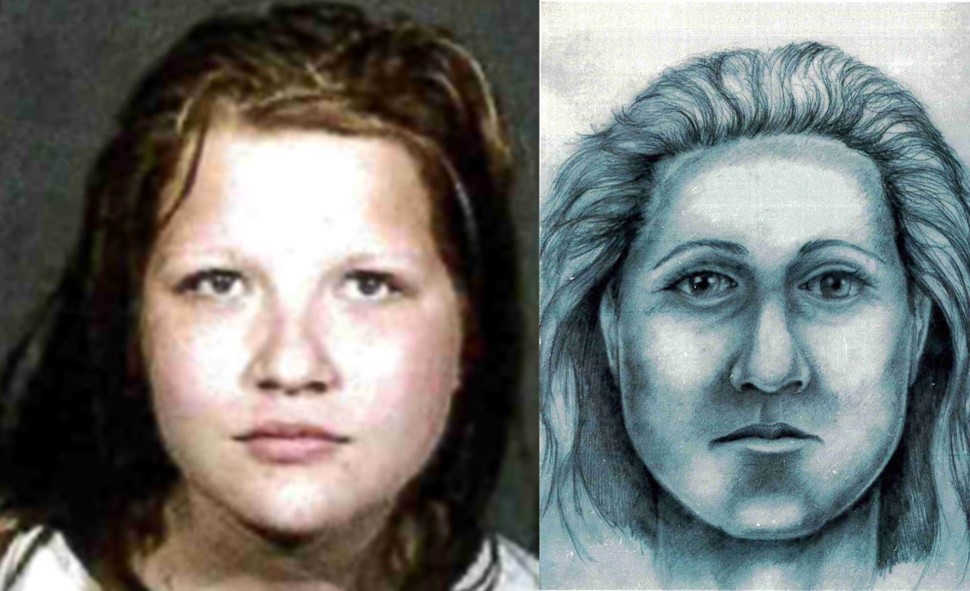 I was thankful that Detective Lori Adams of the SDPD Cold Case Unit shared the news with me and for never giving up.

These are difficult cases under any circumstances. We see photos from just about any manner and cause of death imaginable. And while there is much research information available, facial reconstruction is far from a perfect science. Many of the facial features you’re reconstructing are soft tissue and cartilage.

Yet I do think it’s possible to create an accurate image using science, expert opinion, and lifestyle profiling 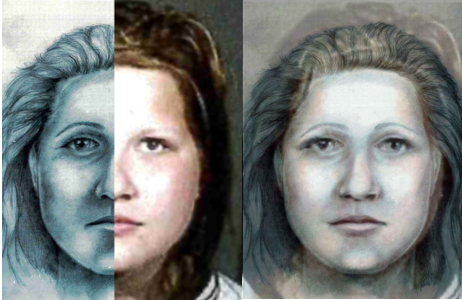 With the investigation now front and center again, Weis’ family can grieve while police focus on finding her killer.

For more information about the case, I’ve included a couple of links below.

I have another interesting facial reconstruction ID case that’s a bit more complex I hope to share with you in the future.

In the meantime, break out your favorite hot chocolate recipes, make some S’mores, and enjoy the glory of fall! And of course, as always – Keep on sketching!