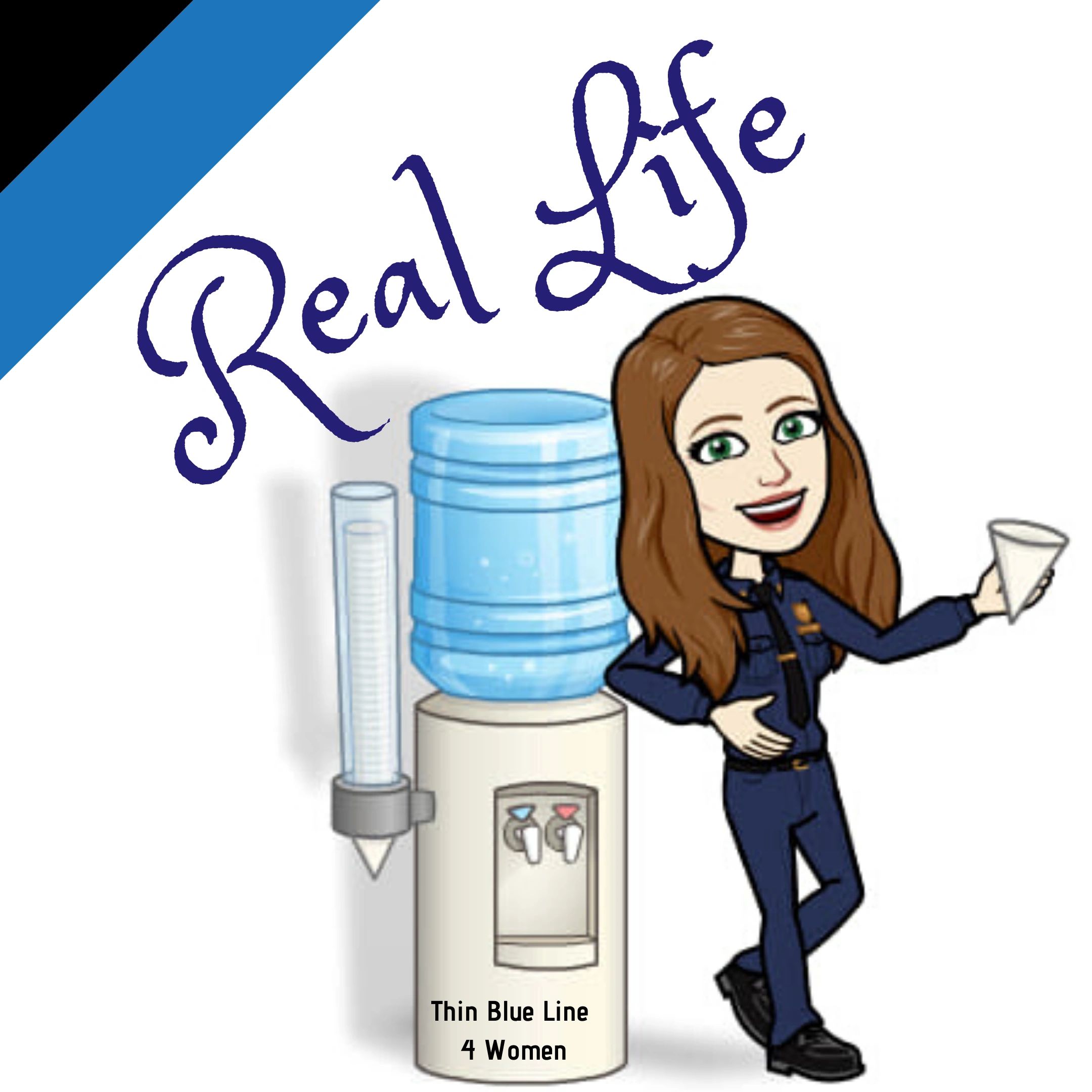 I was recently interviewed on the Real Life podcast, by Tamara Mickelson, retired CSI, who has written Through My Eyes: CSI Memoirs, a collective of stories from the CSI point of view, and who has created ThinBlueLine4Woman, a page dedicated to the women (and men) wearing The Blue.

Here are a few questions I was asked on the podcast:

Tamara: Good. Can you tell us a little bit about your background before we get into the niche of what we're going talk about?

Terri: Sure. Once upon a time, not too long ago, I had the notion that I wanted to be in law enforcement. Because of my drive to help people, I thought that was the natural progression. I trained with the Orange County Sheriffs and other local law enforcement agencies, and I realized that I did not want to do that as a career. I stumbled upon a forensic training program based here at a community college, and I completely fell in love with the whole notion of combining science with helping people because I'm a big science geek. I love science, and that's what my background is. So, long story short, I was pre-med, and I realized I didn't want to save anybody. So, it's true.

And I did some volunteer work assisting with pharmacy in a hospital setting, and I didn't want to do that. So, when I stumbled upon the forensic training program, again, when it was held at a community college, I realized that was my calling. I really wanted to combine that. And it birthed my teaching career as well as launching and taking forward my current businesses to a higher level. So, I combined that whole thing because I have a degree in business as well as chemistry, and I, again, was a reserve officer. It just didn't click for me, but I realized I still wanted to help people. So, I just parlayed it to what I'm currently doing now.

Tamara: Wow. So chemistry, I cannot even imagine having a degree in chemistry, that's amazing.

Terri: I love the whole science thing. It's a natural thing. You know, people just love math, I can't stand it. So, there is hope for you out there. If you love chemistry and biology, but you don't like math, you can still do it. So, I just kind of found my own little way to do things. And, again, when I was asked to teach in the Academy, in the Forensic Science Academy, when I was at the two-year college, I just fell in love with it. And I fell in love with teaching as well, so I was able to combine both. It was a great experience, great, great, great.

Tamara: Well, so then what led you to create your business, the Forensic Training Unlimited?

Terri: Well, at the time, and we're talking about probably 2011 or so, California was hit with budget cuts after budget cuts after budget cuts, especially for programs that are aligned with high school or a college so, but they don't offer a degree program. So, unfortunately, at the time, I was asked to teach and develop a DNA portion within the Forensic Science Academy. Again, it was held at the two-year college. And I did that because that's what my background is. But then, budget cuts hit, and I realized that it wasn't going to be a very long-lasting tenure of teaching.

At the time, that program was run by my mentor, Dr. Janice Cavanaugh. And she was getting ready to retire, and she's basically said, "Here, kid, it's all yours." And so, I had this entire program, but I didn't have a place to call home because California had a budget cut. It was at that time that I thought, "Hmm, let me turn it into a business." And I did. So, in 2013, I did that. I had the Forensic Science Academy. Again, it's a hands-on training, so it's on-site. But also at that time, it was a big experience to have and offer online training programs because at the time, yeah, some colleges and two-year colleges were offering that, but it wasn't the boom that we have now. And so, I created a company called Forensic Training Unlimited, which is the umbrella of the online training as well as the Forensic Science Academy.

So that's my other life. I have still another life, too. I am currently, and still been employed at a research center in Pasadena called City of Hope. I've been there for the past 21 years. And I work in a research department. I'm a supervisor there. So that's how I got my love for science and DNA, and I just kind of transferred it over to a forensic setting. So I got a daily life and I got a nightlife, so there we go, yeah.

Tamara: Right. So, okay. So, your Forensic Training Unlimited, it's online, right? And it's on-site.

Tamara: So, if someone's not in California...like say here in Tennessee where I live, say I wanted to actually, you know, become a crime scene investigator, and I'm in Tennessee, can I take your class, enroll?

Terri: Yes, you can take the online classes but here's the thing, and you know this, you can't mimic, right? As of now, you can't mimic a hands-on training portion, you just can't. When you want to do collection of evidence or ballistics or something like that, you can teach the theory, and we can provide that for you. But I always encourage students, you're still going to have to learn these hands-on training because that is the most valuable thing, whether you're going to learn how to cook or drive or whatever. I can tell you this is how you drive in the snow but unless you know how to do it, you don't. So the online classes are great because it will supplement and also introduce students that may not know what it's all about, and then, hopefully, they can parlay that or put that to good use as they go to even a further training program, which I know there are some that are limited. But there are ways around that, you know, to get hands-on training, and I have some creative ways. But hey, if you're in Southern California, we're here for you.

Tamara: Right, so what if somebody, you know, again, in another state wanted to sign up, how many different programs do you have or, like, courses, and how much does that cost per se? And also...I'm sorry, I have a loaded question here. And then, like when they're finished, do they put out a certificate, do they have a degree? Like, what do they have?

Terri: Right. Okay. So, let's break it down. For the Forensic Training Unlimited, which offers primarily the online classes, we are working on having basic crime scene, advanced crime scene, and photography approved by the state of California online, okay? So, it's...

Terri: ...yeah, it's through post-secondary and private education. So, we're working on that because a lot of students may not know that this is the route to take or, you know, you're in college, but you don't know how to look for a job and what type of training. So, we have that, that's going to be approved by State of California. Then, we have classes that, for instance, how to get a job in forensic science, how to create an evidence bindle, things like that, basic theory type classes.

And then, we are going to be offering a hybrid class as well, which part of it is online and the other part is on site. So, for example, I'll pick on you. You're in Tennessee, but you can't come to California every single weekend. So, part of it is going to be online, and then the other part, two weekends a month, will be on-site. So, we're working on that. So that's just all under Forensic Training Unlimited.

To listen the entire podcast, visit this link.

For more information about our hands-on training, visit forensicscienceacademy.org