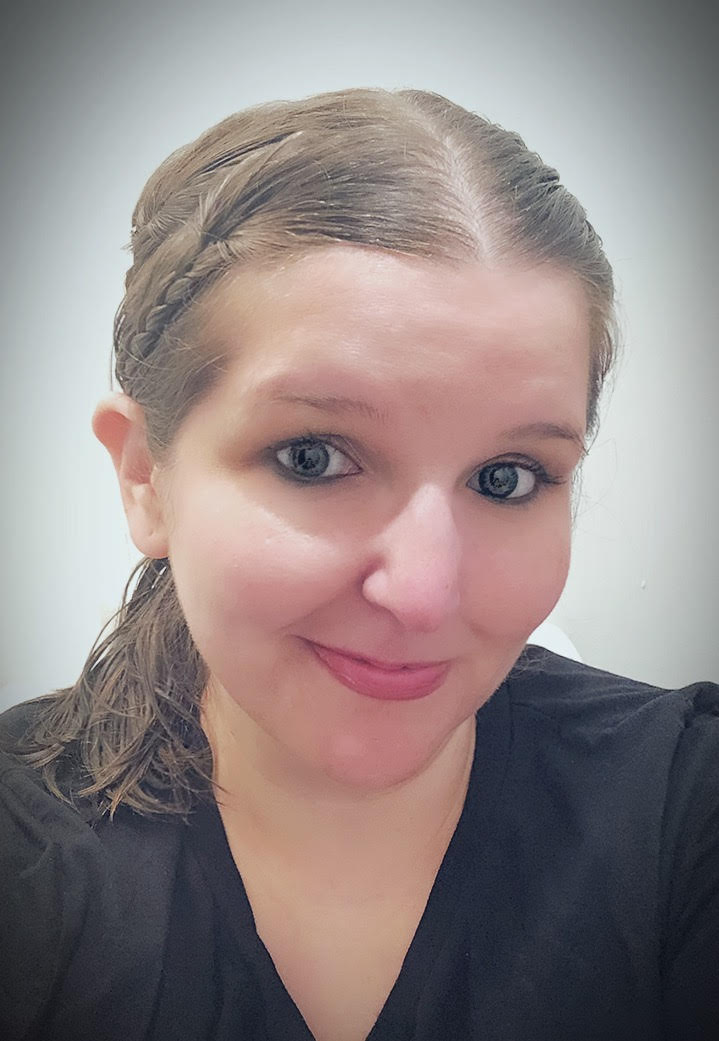 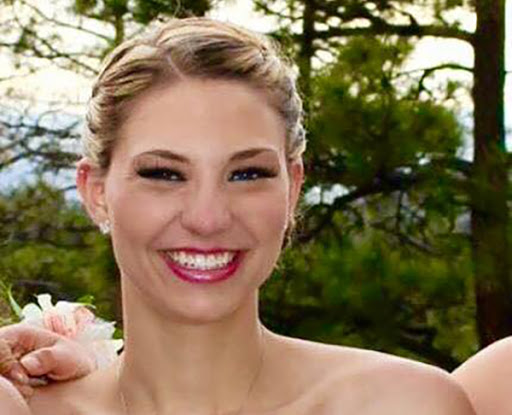 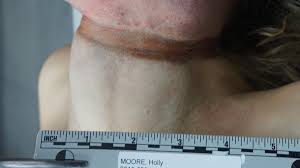 Seen here and noted by Dr. Eikelenboom (Dr. E) as well as those who are advanced in forensic knowledge, is a MAJOR problem. For those reading this still learning, here is the deal: this injury is made by someone who wraps a cord around the neck very fast and very tight, at a level we like to call “OVERKILL”. This wound is deep, goes around the neck in almost a perfect circle, and when it goes around the neck fully, I have been taught that this is a sure sign of death not attributable to suicide. 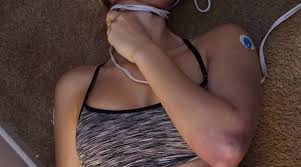 Although I have been taught that it is common for those who commit suicide by hanging to struggle with their ligature in an attempt to save themselves when the fight or flight response kicks in, there is something eerily wrong with this photo. Take a look at her left elbow, which one would think appears injured due to her suicide, or even may appear to be settling blood seen typically in livor mortis, otherwise known as the pattern of lividity, or where blood settles in a deceased person due to gravitational pull. It appears as though it is there out of struggle and the round almost red marks seen in addition to these bruise type injuries, also appear to be not natural, of course, we would have to see the inside of the closet and see the injury in person to say for certain whether these are suspect or not, but this note is because a lot is wrong, not just the points of argument Dr. E mentions, but also other problems other authorities see with their evidence, and what we can see with our own eyes and gather with our knowledge. One final piece: for those who are learning, the captured position seen in this photo is the result of what is called a cadaveric spasm, or a position captured at the exact moment of death, which tells a lot when it is viewed by those on scene investigating a suspicious death, and in general.
Upon release to the funeral home Dr. E noted a MAJOR issue, which we see here in this photo: 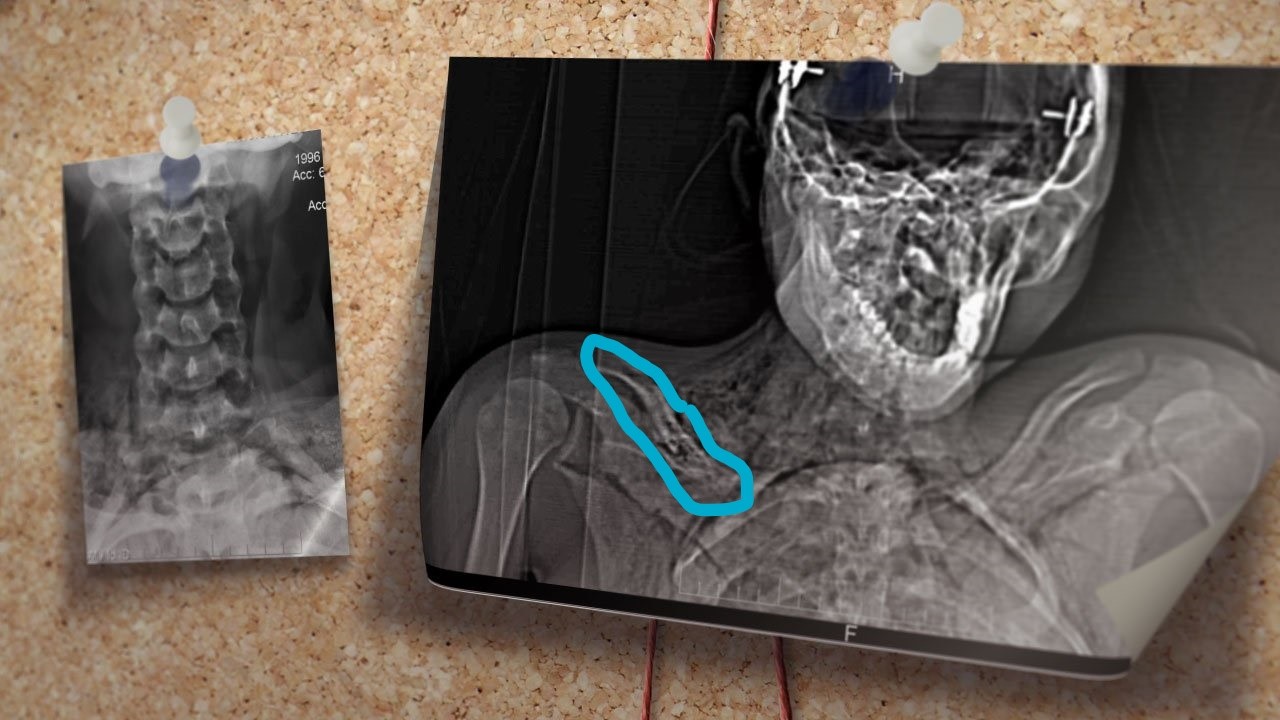 The area circled in blue is proof that Holly sustained a broken clavicle (collar bone) before hanging. What does this mean? This means that she was unable to move her right arm much, let alone up to help her wrap the cord around her neck and suspend herself in the closet where she was found. The pain would be so unbearable, and break so severe, Dr. E concluded, that hanging one’s self COULD NOT OCCUR.
Next, Dr. E. noted odd writing on Holly’s thigh that allegedly she did 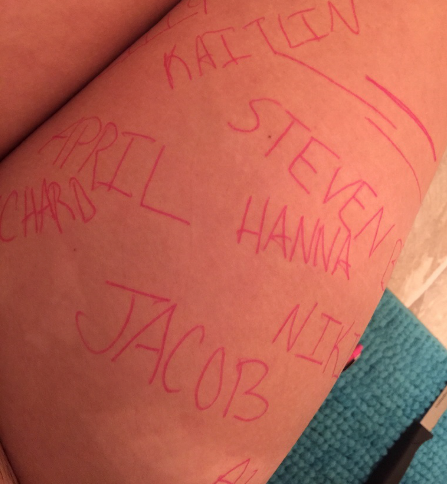 Dr. E was able to conclude that the writing seen here was not only not done by Holly, but also carried the handwriting pattern of two DIFFERENT INDIVIDUALS.
Authorities paired these pieces of evidence with the fact that the last text sent from Holly’s phone said, “you don’t even deserve a goodbye”. This was incorrect, as we know that this sentence had been said to Stephen weeks prior, and in fact, later the truth was told that this had been (likely by mistake) copied and pasted from the old text message to a new one untitled with no recipient in the heading.
Forced to hire an independent CSI team, Ray had them recheck Holly’s room for anything suspicious of note. The following was found:

Ms. Romann failed to write down on the official paperwork, nor acknowledge their existence when questioned after the fact. The following are seen, by any one’s eyes, and are noted in Dr. E’s work:

*A mark under Holly’s chin so severe, it appears to have been left by someone kicking her there, and HARD.
*Marks on Holly’s neck that were almost exact horizontal patterns which throw out the whole conclusion of suicide via hanging, as when the item or person used to tether one and hold them back causing the tension that tightens the knot cutting off one’s breathing, leaves a more specific and telltale pattern depending on where the anchoring person or object is relative to the decedent. Therefore, the mark could only have been made if Holly had been found having hung herself from an anchor point her exact height, pulling straight back. However, as we already know, the closet rod was shorter than Holly meaning she would have had to lean forward to gain tension (had she tied the noose herself, impossible given her broken collar bone, which was determined to have been caused before her death) making the neck marks go upwards from her throat in a diagonal motion pulling up and back toward the anchor point. Since it was strictly horizontal, we know that is a straight-up HUGE piece of proof that rules out suicide when anyone in the field does their job and “SHOWS UP” to work that day.
*Severe lip injuries consistent with the kick to the jaw/neck/lower chin area where Holly had sustained the other injury mentioned first in this set of three.
So, what did Zach have to say and where was Stephen when Holly died? The following is a summarized version of statements made to officials, which are public records now, as Holly’s case is suicide to them, and therefore not up for discussion nor open for further investigation. “I last saw her at 11 AM on March 5, 2015, in the morning.” Only to later add that he “saw her that night too, she was fighting with Stephen via cell.” However, not only do text records allegedly show this exchange did not take place the night prior, but also CLEARLY states against his prior claim that he saw her in the morning.
Let’s not forget the doorknob from Holly’s room to her bathroom, where her closet was located, was entirely void of prints or other impression evidence.
What about Stephen? No one can say with certainty, if he was on base or not in the hours it would have been necessary to kill Holly, clean up the scene, and returned to base without anyone noticing.
When confronted with the findings of Dr. E., Ms. Roman's office offered the following:
*The collarbone break was due to cutting shears used to open up Holly during the autopsy.
Say this did happen, let’s play devil's advocate, there would have to be extensive documentation in writing and photo proof to show this was done as it is UNORTHODOX, not BEST PRACTICE by any standard, and uncalled for in this particular exam, and of course, you guessed it, no such documentation exists. Now, facing a price tag of $10,000 per sample tested plus additional processing fees, Holly’s loved ones were stuck in a place where all funds had been spent to get the CSI team and Dr. E to assist with what they knew in their gut to be true already, and the rest spent on a funeral for both Holly and her mother, who died shortly after Holly. The funding just wasn’t there to continue with the battle to get Holly’s public record and death certificate changed to “undetermined” or “homicide”.
Who do you think is responsible for the death of Holly Lynn Moore? I welcome all opinions, even if you still feel it was a suicide, in the comments to follow. I truly want to have an open and respectful discussion to help us work together to the common goal of finding new leads and evidence. I would LOVE new opinions, the same old ones that I’ve heard before, any and everything- it only makes me more well rounded and intelligent, as this won’t be the last time, I yell about Holly from the rooftops I can access. The case needs YOUR HELP. Holly needs your help.
Thank you for those who read this entire blog. I’ll see you in the comments section.