What is Crime Scene Notification? 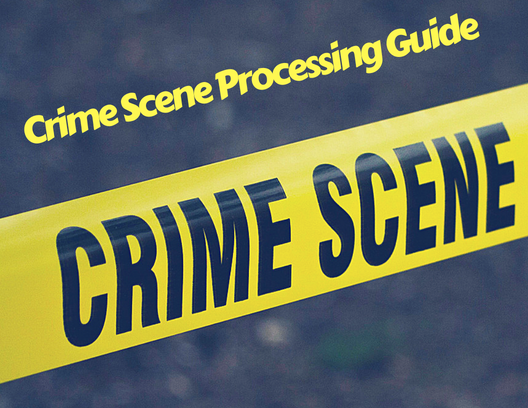 Crime Scene Notification is what the name implies: a crime has occurred, it's reported, and the forensic professionals are called to respond.

But exactly what happens when a notification is made?

To give you a glimpse of what happens, I took a tidbit from our newest eBook, Crime Scene Processing Guide by Sheri Orellana, a retired Crime Scene Investigator and our Forensic Science Academy Master Instructor. She writes:

Most crime scenes occur after the end of a work day and require personnel to be called in from home to investigate. Most agencies have personnel “on call” to respond when a homicide occurs. Most teams consist of a crime scene investigator, two detectives, and a supervisor. Additional personnel can be called in depending on the size and/or severity of the crime scene.

Is the victim at the scene?

Is the crime scene inside or outside?

How big is the crime scene?

Is the suspect in custody?

Have detectives been called out?

The above is just the beginning. There are other processes involved when called out to process a crime scene. These processes include:

Because there is so much to cover after the call goes out, I decided to offer this eBook to all forensic students. This downloadable resource package includes:

With over 50 pages of forensic training information, these eBooks can be used as a resource to supplement for other training courses or as a stand-along reference book.

You can get the eBooks here.