Not All Evidence is Created Equal 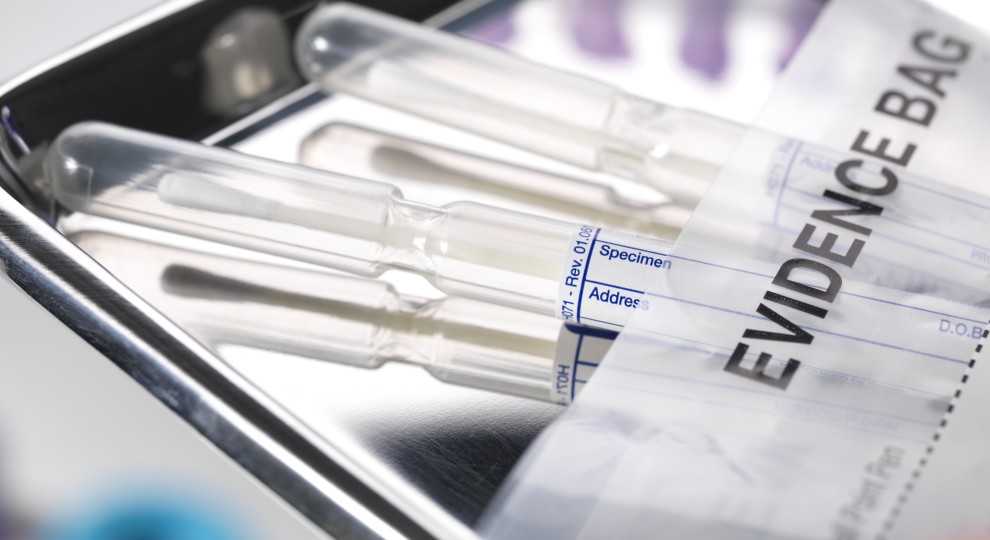 The below is part of an ongoing audio series exploring why innocent people are convicted. The link is below as well as the transcript of the audio.

Not all forensic sciences are created equal, and this can sometimes lead to false convictions. WGBH's Morning Edition Host Joe Mathieu spoke with Northeastern University law professor and WGBH News legal analyst Daniel Medwed about how forensic evidence is not always as reliable as it may seem. The transcript below has been edited for clarity.

Joe Mathieu: A lot of people think about the TV show "CSI," in which a group of crime lab heroes use an endless string of forensic scientific techniques to identify and prosecute criminal suspects. It's just like the real thing, right?

Daniel Medwed: Not exactly. "CSI" created a real misimpression about the level of accuracy involving forensic science. In reality, the reliability varies considerably depending on the precise discipline. So some forensics — those based on very hard sciences like chemistry and biology — are quite reliable. Others are not. Take what people call the comparison disciplines: boot print analysis, bite print analysis [and] hair microscopy, where forensic examiners take a specimen from the crime scene and visually compare it against an exemplar taken from the suspect. These types of forensics are notoriously unreliable. They're not grounded in the scientific method of validation and replication.

Mathieu: Has this evidence been used to convict an innocent person here?

Medwed: Absolutely. Massachusetts has had its fair share of faulty forensics. A couple of cases come to mind right off the bat. There was a notorious rape case out in Springfield where a man was wrongfully convicted of two gruesome rapes of elderly women. Basically, his conviction stemmed from a couple of hairs that were found at the crime scene. An examiner compared those hairs to hairs taken from him and determined it was a match. He spent many decades in prison before he was exonerated. There was even a botched fingerprinting case here in Boston, where a man was wrongfully convicted of attempting to murder a Boston police officer based on dubious fingerprint analysis.

Mathieu: Sometimes it's accurate though, right? I'm guessing especially when it comes to fingerprinting.

Medwed: Well, that's right. For a long time fingerprinting was considered to be the gold standard of forensic science, and it certainly is more accurate than some of these other comparison disciplines. But still, it does involve a human fingerprint examiner comparing the fingerprints from the scene against the fingerprints from the suspect. They're much better trained, and there are a lot of ridge points that must match in order for it to be an overall match. But still, it can happen. It can be erroneous.

Mathieu: So you're the lawyer. How do you separate the good from the bad?

Medwed: Well, I think the first thing is to really focus on the scientific aspect of the forensic evidence, and trying to require more of a scientific method for a lot of these disciplines. There is no Department of Forensic Odontology — that's the fancy term for bite mark analysis — at Northeastern or Harvard. We need to do more scientific study [and] more rigorous analysis of these disciplines. We need to require it in order to make sure it's reliable. Second, we should inform jurors about some of the flaws or hazards with forensic evidence to disabuse them of things like the "CSI effect" — the expectation that all this science is reliable and iron-clad.

Mathieu: You mentioned the culture of crime labs. That's clearly a sore point around here after the JP and the Amherst crime lab scandals [that] went on for months. How do you go about changing culture in a crime lab, of all places?

Medwed: The culture of most crime labs is often inextricably intertwined with law enforcement. In some states — thankfully not Massachusetts — the crime lab is actually situated in police headquarters. It's directly affiliated or aligned, at least culturally, with the police and prosecutors. And that was a problem with the Jamaica Plain scandal, because the disgraced chemist, Annie Dookhan, admitted that one of the reasons she cut corners and committed a great deal of fraud was to please prosecutors; she wanted to show how productive and helpful she was.

So what we can do is create independent crime labs. Why not just outsource all of this to a private lab [and] not actually have a physical, public crime lab? Or at a minimum, we could just have more robust oversight of crime labs and accredit them in a way that's much more distant. Massachusetts has taken a step in the right direction. Last year, as part of its criminal justice reform bill, it created a forensic science commission that could and should provide greater oversight.