I'm sure you're aware of the role DNA genealogy played in the capture of The Golden State Killer (to read more, click here) but are you aware of the first case that used a 'family tree' now going to trial?

Here's a bit about the case:

Jay Cook’s battered, barely 21-year-old body was discovered on Thanksgiving Day in 1987, two days after his 17-year-old girlfriend Tanya Van Cuylenborg was found dead in a ditch one county over. She had been shot in the head and was believed to have been sexually assaulted. The young Canadian couple had been reported missing for nearly a week, after they failed to return to their home on Vancouver Island, British Columbia, from an overnight errand to buy furnace parts in Seattle. Despite investigating hundreds of leads and subjecting crime scene samples to new DNA technologies as they arrived in the ’90s and 2000s, police never arrested any suspects. For more than three decades the case went unsolved. 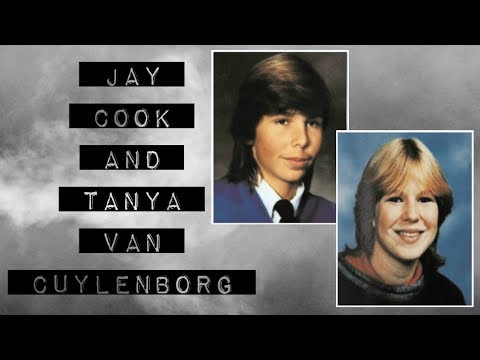 William Earl Talbott II was arrested last year and charged with aggravated murder, after authorities said they used genetic genealogy to identify him as the person who left his DNA on the clothing of one of the victims. The practice involves identifying suspects by entering crime-scene DNA profiles into public databases that people have used for years to fill out their family trees.

Opening statements began with a prosecutor describing how 18-year-old Tanya Van Cuylenborg and her boyfriend, 20-year-old Jay Cook, left their hometown of Saanich, near Victoria, British Columbia, for what was supposed to be an overnight trip to Seattle in November 1987. When they didn't return, their families began a frantic search for them, including renting a plane to try to spot the copper-colored Ford van they had been driving (https://komonews.com/news/local/brutal-killer-or-quiet-unremarkable-man-trial-begins-in-cutting-edge-dna-case).

So why should you know about the use of genealogy?

Because the technology isn't going away and in fact, you should be expecting more cold cases to be employing this technology.

Technology is important to any industry--forensic science, business, manufacturing, teaching. I can't think of any industry that hasn't taken advantage of new technologies that have streamlined processes and increased time efficiency.

But technology is much more than improving upon an established process. Technology allows forensic science to put cold cases back into the forefront, allowing victims' families to come to terms of what happened to their loved ones.

You should keep up with technologies that are emerging in the field of forensic science. READ. READ. READ.